French
Illustration made by @GegeRDM
Return to Potterveille +
"You are here to learn the subtle science and exact art of potionmaking," he began. He spoke in barely more than a whisper, but they caught every word -- like Professor McGonagall, Snape had y caught every word -- like Professor McGonagall, Snape had the gift of keeping a class silent without effort. "As there is little foolish wand-waving here, many of you will hardly believe this is magic. I don't expect you will really understand the beauty of the softly simmering cauldron with its shimmering fumes, the delicate power of liquids that creep through human veins, bewitching the mind, ensnaring the senses.... I can teach you how to bottle fame, brew glory, even stopper death -- if you aren't as big a bunch of dunderheads as I usually have to teach."
More silence followed this little speech. Harry and Ron exchanged looks with raised eyebrows. Hermione Granger was on the edge of her seat and looked desperate to start proving that she wasn't a dunderhead.

Harry Potter and the Philosopher's Stone - Chapter 8 : The Potions Master

Integrate this quote on your site

Preview the result:
Integrate the sticker : 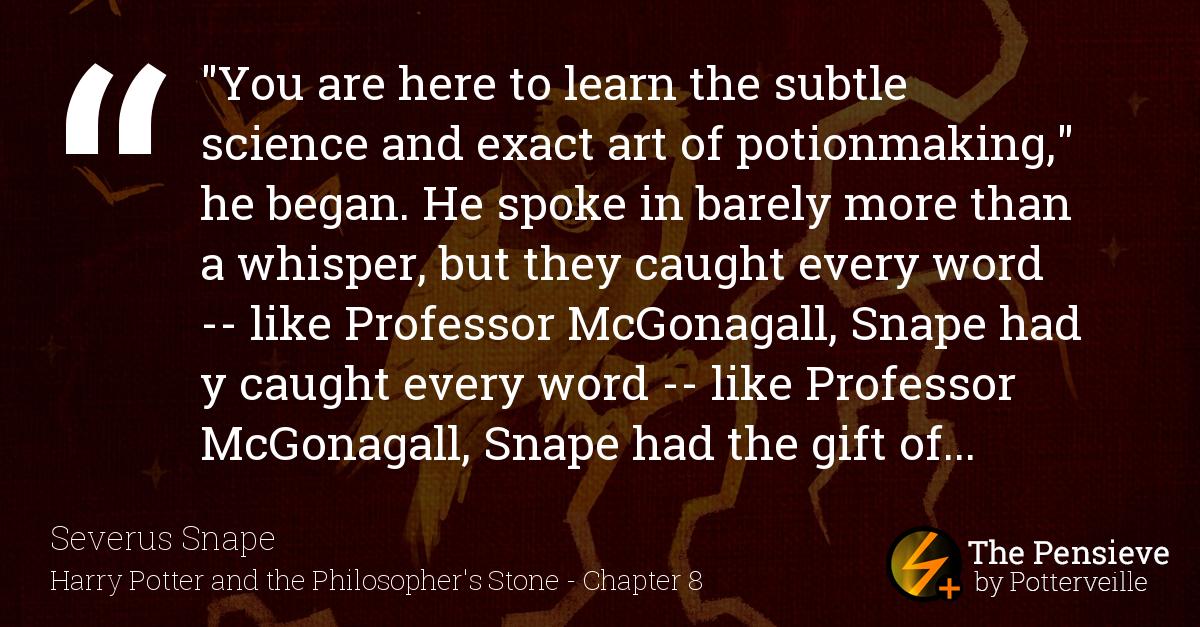 Tip : You can change the width of the picture by changing the value of 'width=200px'

There is no comment yet for this quotation. You can add one now !